One Sabbath Jesus was going through the grainfields, and as they made their way, his disciples began to pluck heads of grain. 24 And the Pharisees were saying to him, “Look, why are they doing what is not lawful on the Sabbath?” 25 And he said to them, “Have you never read what David did, when he was in need and was hungry, he and those who were with him: 26 how he entered the house of God, in the time of Abiathar the high priest, and ate the bread of the Presence, which it is not lawful for any but the priests to eat, and also gave it to those who were with him?” 27 And he said to them, “The Sabbath was made for man, not man for the Sabbath. 28 So the Son of Man is lord even of the Sabbath.”

Again he entered the synagogue, and a man was there with a withered hand.  2 And they watched Jesus, to see whether he would heal him on the Sabbath, so that they might accuse him. 3 And he said to the man with the withered hand, “Come here.” 4 And he said to them, “Is it lawful on the Sabbath to do good or to do harm, to save life or to kill?” But they were silent. 5 And he looked around at them with anger, grieved at their hardness of heart, and said to the man, “Stretch out your hand.” He stretched it out, and his hand was restored. 6 The Pharisees went out and immediately held counsel with the Herodians against him, how to destroy him. – Mark 2:23-3:6 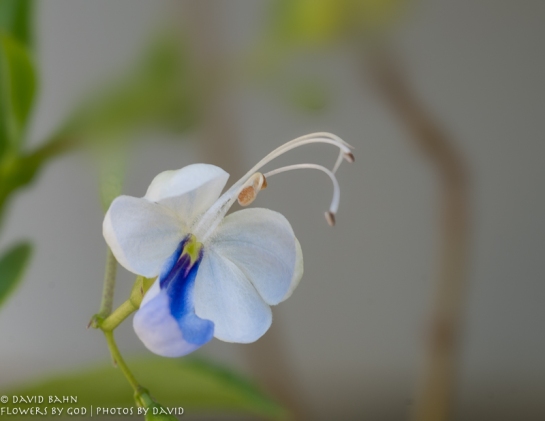 the Law was given to men for three reasons: first, that thereby outward discipline might be maintained against wild, disobedient men; secondly, that men thereby may be led to the knowledge of their sins; thirdly, that after they are regenerate and the flesh notwithstanding cleaves to them, they might on this account have a fixed rule according to which they are to regulate and direct their whole life.

In other words the Law also guides us in right living. Nothing is said here about the law being a means by which we show God how good we are. Nothing here says that the Law is a means by which we can justify ourselves: “I’ve kept the whole law” is nothing anyone other than Jesus can ever claim.

Many people rebel at the idea that they should be told that certain things are evil and other things are good. That attitude goes all the way back to the Garden when Adam and Eve took the fruit of the tree of knowledge of good and evil. They decided to determine for themselves what was good and what was evil. Adam and Eve live on today in the hearts of all people. We would rather tell God what is good. We would rather claim our own brand of righteousness. Even though it never really works out for our good.

Now comes Jesus with a whole new way of considering the Law. It is given by God for our good. It was made for us. It is a blessing from God. The Law is our friend – whether it is curbing gross outbreaks of sin, showing us clearly how we have sinned, or guiding our everyday decisions about life.

The first and third uses of the Law are obvious in their blessing. We benefit from the fact that most people will not murder, steal, or lie. It is good that even unbelievers will exercise some self-control lest they suffer the consequences of disobedience – however it may come. And to learn what is pleasing to God is a good thing for his people – even if we never do it perfectly.

But when we discover – as we always will eventually – that we have sinned despite our best efforts, the law (accusing as it is) does not seem to be a friend. Yet it is. For in those moments we are driven to the cross of Jesus. We are taken off the treadmill of self-righteousness. We are able to perceive how precious God’s grace is.

Jesus said that the law was made for man. That is true no matter how we encounter it. For it protects us from grave harm. It provides guidance in godly living. And it reminds us of our need for Jesus who is Lord of the Sabbath and all laws of God, and who kept them perfectly in our place.