As soon as they were freed, Peter and John returned to the other believers and told them what the leading priests and elders had said. 24 When they heard the report, all the believers lifted their voices together in prayer to God: “O Sovereign Lord, Creator of heaven and earth, the sea, and everything in them— 25 you spoke long ago by the Holy Spirit through our ancestor David, your servant, saying,

‘Why were the nations so angry?
Why did they waste their time with futile plans?
26 The kings of the earth prepared for battle;
the rulers gathered together
against the Lord
and against his Messiah.’

27 “In fact, this has happened here in this very city! For Herod Antipas, Pontius Pilate the governor, the Gentiles, and the people of Israel were all united against Jesus, your holy servant, whom you anointed. 28 But everything they did was determined beforehand according to your will. 29 And now, O Lord, hear their threats, and give us, your servants, great boldness in preaching your word. 30 Stretch out your hand with healing power; may miraculous signs and wonders be done through the name of your holy servant Jesus.” – Acts 3:23-30 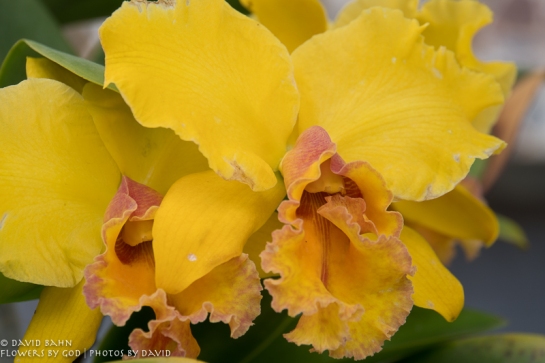 It was a cool autumn day when my dad called me on the phone. “David,” he said, “come get a cash box and go out to the motel. We’re going to have to take it back. I need you to run it because no one is there.” We had sold the motel my mom and dad had built and taken back a large second mortgage to do so. The new “owner” wasn’t paying us or the bank. We were going to be back in the motel business.

Somehow I got into the motel office – cash box in hand. When the current owner’s wife showed up she wanted to know what I was doing there. “Who sent you? Get out!” I called my dad. My dad called the attorney. The attorney called me. “You need to leave,” he said. I did as I was told. I wasn’t in charge. For the moment she was in charge. That would soon change, for the law would hold sway.

They turned to the One who really was in charge: the Sovereign Lord. People may rage against God. People may press their own agenda. But in the end it will serve God’s agenda. His will will be done. No matter who may conspire against him.

Jesus did die – a horrible death. But his death was only part of the story. He rose again. He commissioned his disciples to proclaim his salvation to the ends of the earth. Nothing was going to stop that from happening.

Jesus is Lord. He rules at the right hand of God on high. One day he will come again and judge the living and the dead. On that day we will cry out in delight and joy, “My Lord and my God.” Those who reject Jesus will cry out too: “My Lord and my God,” in solemn recognition of that truth, but in utter sadness and despair. For Jesus is in charge – from beginning to end – and one day, every knee shall bow.