Now faith is the assurance of things hoped for, the conviction of things not seen. – Hebrews 11:1 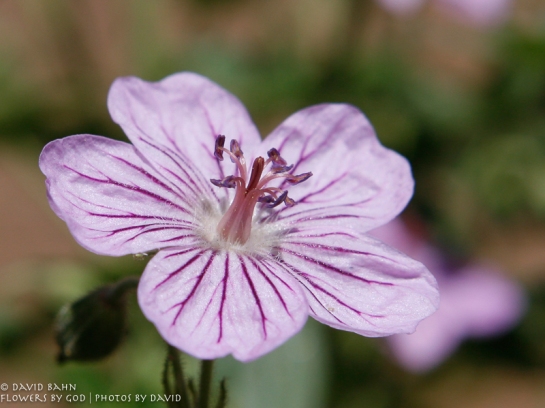 When I was in college I took some philosophy classes. Mostly I did it because I thought it would be an easy “A.” It was. I also became somewhat intrigued with Søren Kierkegaard. I tried to read Fear and Trembling, but I did not make my way through the whole thing. Here, however, is a quote from that book:

There lived a man who, when a child, had heard the beautiful Bible story of how God tempted Abraham and how he stood the test, how he maintained his faith and, against his expectations, received his son back again. As this man grew older he read this same story with ever greater admiration; for now life had separated what had been united in the reverent simplicity of the child. And the older he grew, the more frequently his thoughts reverted to that story. His enthusiasm waxed stronger and stronger, and yet the story grew less and less clear to him. Finally he forgot everything else in thinking about it, and his soul contained but one wish, which was, to behold Abraham: and but one longing, which was, to have been witness to that event. His desire was, not to see the beautiful lands of the Orient, and not the splendor of the Promised Land, and not the reverent couple whose old age the Lord had blessed with children, and not the venerable figure of the aged patriarch, and not the god-given vigorous youth of Isaac—it would have been the same to him if the event had come to pass on some barren heath. But his wish was, to have been with Abraham on the three days’ journey, when he rode with sorrow before him and with Isaac at his side. His wish was, to have been present at the moment when Abraham lifted up his eyes and saw Mount Moriah afar off; to have been present at the moment when he left his asses behind and wended his way up to the mountain alone with Isaac. For the mind of this man was busy, not with the delicate conceits of the imagination, but rather with his shuddering thought. – Søren Kierkegaard – On Encountering Faith. Fear and Trembling

In this case faith was being played on in obedience to God. Faith lifts our eyes above the earthly fray to the arc of God’s kingdom chronology. It makes possible great sacrifices, and heroic acts of obedience.

Too often we imagine faith to be only a comforting crutch against the weight of our earthly burdens. We lean on God’s promises for perspective in the face of suffering. We look beyond the pains and troubles of life toward the promised eternal weight of glory which God has prepared for us. We lay hold of God’s promises to hear our prayers and bring us good things – if we but believe.

There is nothing wrong with these thoughts and goals as far as they go. But there is far more for us to embrace. Consider once again Jesus’ response to John’s imprisonment. He is able to see God’s greater play by faith. He knows what really is. God’s rule and reign is at hand. God is at work. The battle is upon the world. Jesus will take on Satan and he will win. The price he will pay is beyond comprehension. But Jesus will triumph over Satan by his perfect faith on the cross.

It is precisely when the challenges, difficulties, troubles, and trials come that the reality of Jesus’ rule and reign are most precious. It is then that we must look in faith to the things not seen. We embrace the assurance of things hoped for. We rise above the tumult and catch the vision of the glory yet to be revealed.

If we go one step further in faith we discover that God’s redemptive work lies at hand. This is the manifestation of the rule and reign of God. When we engage in acts of compassion, mercy, grace, forgiveness, and reconciliation, we are manifesting the rule and reign of Jesus; all the more so when there has been injustice, unkindness, offense, or sin toward us.

So often suffering of that sort makes us wonder where God is. How can he let these things happen? I am a follower of Jesus. I’m doing the right things. I’m the innocent one here. I’m being treated unfairly. And on it goes.

If during these times, however, we look for God’s rule and reign we will bring grace and truth to those situations. We will forgive. We will make peace. We will have mercy even on those who persecute us.

This is no small thing. It is more difficult than anything we might even imagine. I’m not sure I have it in me. But this is Jesus’ call. Follow him. Take up your cross. Deny yourself. This is Jesus’ example. It is also Jesus’ redemptive work fully accomplished. He, after all, is our righteousness.

When the time came, on that hill outside of Jerusalem – smaller and less pretentious than Mount Moriah where Isaac was nearly sacrificed – God did not withhold his own Son from us. The knife was not held back. There was no ram in the bush. It was no mere test. It was the act of a merciful God to redeem the world.

If we can catch but a glimpse of that by faith in the midst of trials we will discover a new and sweeter fellowship with Christ. And the things hoped for, and the things not yet seen will be ours forever.