Then, at break of day, the king arose and went in haste to the den of lions. 20 As he came near to the den where Daniel was, he cried out in a tone of anguish. The king declared to Daniel, “O Daniel, servant of the living God, has your God, whom you serve continually, been able to deliver you from the lions?” 21 Then Daniel said to the king, “O king, live forever! 22 My God sent his angel and shut the lions’ mouths, and they have not harmed me, because I was found blameless before him; and also before you, O king, I have done no harm.”

23 Then the king was exceedingly glad, and commanded that Daniel be taken up out of the den. So Daniel was taken up out of the den, and no kind of harm was found on him, because he had trusted in his God. 24 And the king commanded, and those men who had maliciously accused Daniel were brought and cast into the den of lions—they, their children, and their wives. And before they reached the bottom of the den, the lions overpowered them and broke all their bones in pieces.

25 Then King Darius wrote to all the peoples, nations, and languages that dwell in all the earth: “Peace be multiplied to you. 26 I make a decree, that in all my royal dominion people are to tremble and fear before the God of Daniel,

for he is the living God,
enduring forever;
his kingdom shall never be destroyed,
and his dominion shall be to the end.
27 He delivers and rescues;
he works signs and wonders
in heaven and on earth,
he who has saved Daniel
from the power of the lions.” 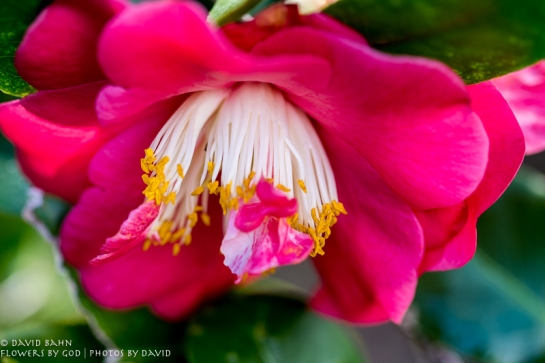 I was never tempted in the slightest to try LSD or other mind-altering drugs. I was simply too afraid of the potential negative consequences! I had heard of genetic damage, and that was at least somewhat of a deterrent. But when I heard of a person who had a “bad trip” on the hallucinogen, and jumped out of a fourth floor window (to his death!), I was sufficiently afraid of the danger.

Too bad that more people are not sufficiently afraid of things like bad drugs, sinful activities, bad decisions, and God himself. It seems, in fact, that people today are counseled away from fearing God. God is not to be feared. He is love, kind, gentle, and merciful. While all those descriptors of God are true, they are not all that God is. He is also holy, just, righteous, and mighty. God is not to be trifled with.

This is what Darius experienced as they encountered Daniel’s rescue from the lion’s den. He decrees that all people are to tremble and fear before the God of Daniel. Then he expresses the reasons for this call to fear: God the living God, never to be destroyed, delivering and rescuing, saving Daniel from the power of the lions.

Fearing God comes from an acknowledgement of his power; this is certainly true. But without God’s mercy, grace, and love, such fear becomes abject and pitiable. The Psalmist says, “There is forgiveness with you, therefore you may be feared” (Psalm 130:4). True fear of God is not only about being destroyed by his holy retribution. It is about failing to be rescued, being devoid of his mercy: eternally lost.

For the moment at least Darius has such fear in his heart. Will that be the case in the future? An even better question: Do you, dear reader, have that true fear in your heart toward God, that allows you also to love and trust in him?

David Bahn is a follower of Jesus Christ, husband to Diane, father and grandfather. He serves as Senior Pastor of St. John Lutheran Church in Cypress, Texas until January 31, 2021 when he will retire. He is also an avid amateur photographer. His photo website is “Flowers by God Photos by David.”