And Zechariah said to the angel, “How shall I know this? For I am an old man, and my wife is advanced in years.” 19 And the angel answered him, “I am Gabriel. I stand in the presence of God, and I was sent to speak to you and to bring you this good news. 20 And behold, you will be silent and unable to speak until the day that these things take place, because you did not believe my words, which will be fulfilled in their time.” 21 And the people were waiting for Zechariah, and they were wondering at his delay in the temple. 22 And when he came out, he was unable to speak to them, and they realized that he had seen a vision in the temple. And he kept making signs to them and remained mute. 23 And when his time of service was ended, he went to his home.

24 After these days his wife Elizabeth conceived, and for five months she kept herself hidden, saying, 25 “Thus the Lord has done for me in the days when he looked on me, to take away my reproach among people.” – Luke 1:18-25 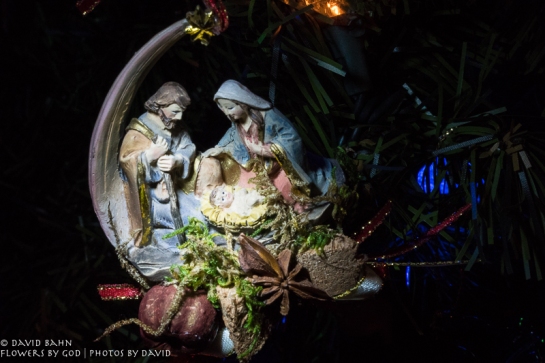 Diane and I used to watch the BBC comedy Keeping Up Appearances. For many years it was our Sunday night staple. The show featured an overbearing leading woman, Hyacinth Bucket who sought – at all costs, and always unsuccessfully – to appear to be quite important, sophisticated, respected. She would answer the phone in a lilting tone, “The Bucket (pronouncing it, “bouquet”) residence, the lady of the house speaking on her slimline princess phone.” I began to feel sorry for her after a while: she never got the respect and honor she so deeply longed for.

Elizabeth, seems to have lived a long while under the reproach of others. There is no indication that she tried to make something of herself by pointing out that her husband was a priest. There is no indication that she put on airs. In fact it seems most likely that she was humble and unpretentious. After all her son would grow up to be a prophet who railed against any sort of arrogance or boastful pride.

It is interesting to me that Elizabeth’s comment when she had conceived her son expresses a relief of sorts: God had taken away her reproach among people. Furthermore she goes into hiding when she becomes pregnant. This is someone who does care about what others think. It seems, however, to be born of humility and not a need to be the ancient near eastern equivalent of a rock star.

Meanwhile Zechariah is speechless. He’s writing notes, making hand motions, and probably feeling a bit frustrated at his lot during these days. He and Elizabeth are the parents of the one who will prepare the way for the Lord.

We don’t live under the weight of such a heavy, direct, and explicit promise. Most of us choose to be silent rather than having it forced on us – at least when it comes to speaking about God. But we all do fight an inner urge to be thought highly of by others. We all want either to shrink into the background and not be known (so as not to be embarrassed or not to be called on to do anything requiring significant effort).

Jesus teaches his followers to practice their faith before God and not before men. He warns against receiving our reward on the basis of the praise of men: we will have received our reward in full. But once in a while it is good to be vindicated in our faith and faithfulness. We may not live for the honors, or need to tell everyone about our standing in society. But when God does show his people to be right it feels good. When truth, justice, and godliness is vindicated we can thank God. And if it’s so in our lives in any specific manner we can know how Elizabeth must have felt during this time.

The greatest vindication will be at the end of all time when those who have trusted Jesus – in the face of ridicule or in the fellowship of the faithful – will be vindicated. I strongly suspect that it won’t be a moment to brag and boast (cf. Ephesians 2:9), but to recognize what a blessing is ours when we hold to Jesus’ righteousness and recognize that his justification is the one that matters the most.