Now when they heard this they were cut to the heart, and said to Peter and the rest of the apostles, “Brothers, what shall we do?” 38 And Peter said to them, “Repent and be baptized every one of you in the name of Jesus Christ for the forgiveness of your sins, and you will receive the gift of the Holy Spirit. 39 For the promise is for you and for your children and for all who are far off, everyone whom the Lord our God calls to himself.” 40 And with many other words he bore witness and continued to exhort them, saying, “Save yourselves from this crooked generation.” 41 So those who received his word were baptized, and there were added that day about three thousand souls. – Acts 2:37-41 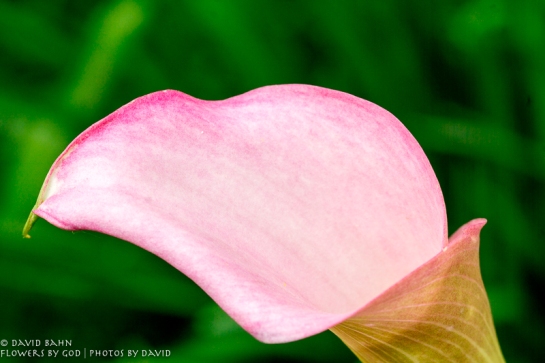 I am facing a day today (writing this on Friday) that is open, free, and with few things on my to-do list. I’ll manage to do some light housework, some bill paying, some photography cataloguing and a few other lazy day things. It’s been an eventful week, and recovering from knee replacement surgery has had its challenges, ups and downs, and moments of pain and victory.

I’m quite certain that no one in Jerusalem that Pentecost 2000 years ago was recovering from knee replacement surgery. But I’m certain many of them had their to-do lists of some sort. But for 3000 of those folks the day brought a dramatic opportunity to do something that they had not imagined, or perhaps even knew that they would need to do. They would have an opportunity to come face to face with an eternity-altering reality and need.

The reality is that we are accountable for our actions; accountable to God. That brings us to the need: we must repent, for we have in one way or another crucified Jesus. But God is not interested only in our comeuppance. God is interested in our salvation. For that reason God not only sent his Son and allowed him to be crucified. He also raised him from the dead. And then he went even farther: he brought people to the awareness of their need for forgiveness for their part in Jesus’ death. He called them to repent of their sins, be baptized and receive the forgiveness of sins, and the gift of the Holy Spirit.

This is the fullness of God’s grace. Not only is God willing to seek for his people and bring them back to himself. He is willing to rescue and redeem us. Desiring that we experience this redemption as grace and not coercion, he makes this available to us by faith by way of repentance from our sins and belief in his goodness, promises, and forgiveness for Jesus’ sake. God desires to be known not only for his holiness, majesty, might, and sovereignty over all things, but most of all for his grace (cf. Ephesians 1:6).

The question of what we shall do at any given moment can be one of anxious fear, deliberate assessment, rich opportunity, or open options. When God brings us to that place of encounter with his ultimate glory and will, the answer is simple: repent and believe. It is the same message with which Jesus began his ministry (cf. Mark 1:15), and which is a daily calling to the saved sinner: repent and believe. When that question comes to us in dramatic form – just as it did to the people at Pentecost – it is good to know that the desire of God is also a blessing for us all: to turn from the folly of our sinfulness to the richness of God’s grace and salvation through faith in Jesus.