And we also thank God constantly for this, that when you received the word of God, which you heard from us, you accepted it not as the word of men but as what it really is, the word of God, which is at work in you believers. 14 For you, brothers, became imitators of the churches of God in Christ Jesus that are in Judea. For you suffered the same things from your own countrymen as they did from the Jews, 15 who killed both the Lord Jesus and the prophets, and drove us out, and displease God and oppose all mankind 16 by hindering us from speaking to the Gentiles that they might be saved—so as always to fill up the measure of their sins. But wrath has come upon them at last!

17 But since we were torn away from you, brothers, for a short time, in person not in heart, we endeavored the more eagerly and with great desire to see you face to face, 18 because we wanted to come to you—I, Paul, again and again—but Satan hindered us. 19 For what is our hope or joy or crown of boasting before our Lord Jesus at his coming? Is it not you? 20 For you are our glory and joy. 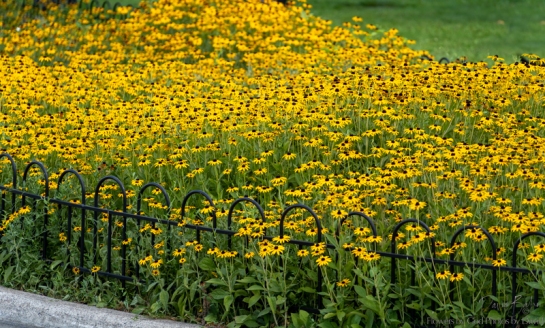 I learned photography from my friend Jerry. He had a friend,Tim, who was also a photographer. He was a year ahead of us in school and quite accomplished. He regularly had photos published in the local newspaper, and once rigged up an enlarger in his basement, bought a giant sheet of photo paper and made a very large print. I got to help with that project. Cool!

But one time I did something that was not cool. I had been assigned to take a photo of the SEMO University cheerleaders. Tim also had the same assignment, but from a different publisher. He had been there first and had lined up the cheerleaders in a very pleasing arrangement and taken the photo from atop the bleachers. It seemed like such a great set up, I simply stepped in after him and took my own photo from the same vantage point with the cheerleaders in the same pose. That was not a good idea. “Don’t you ever steal my setup again!” was his simple and direct comment to me afterwards. Sometimes imitation is the best form of flattery. But in this case it was not flattery, it amounted to infringing upon his artistic creation.

In the case of the Christian walk, however, imitation is the best form of discipleship. When you see someone living out their faith with integrity imitating their form of life is a very good thing to do. Paul even here calls the Thessalonians to imitate the churches in Judea. They were an example of faithfulness, discipleship, prayer, and missional focus. It seems likely to me that Paul would be alluding to the church in Antioch which had sent him out on his first missionary journey. They had also suffered for the sake of the gospel. But rather than turning away from the message of Jesus or abandoning their strong missional identity, they continued to support Paul in his work and sent him on three separate missionary journeys.

That’s an example worth following. During the past 18 months Diane and I have had opportunity to visit a number of different churches. I have noted some of the very excellent things these churches do for the sake of God’s kingdom. Whenever I can I tell others of these practices and efforts I do so. Strong and ongoing mission trip support year after year. Hospitality that is obvious and genuine. Commitment to excellence in facility care and worship experience. Discipleship programs that truly engage people in daily discipleship practices.

Those are modern day examples. They are worthy of imitation. That’s not theological or spiritual infringement. In fact whenever we can we ought to invite others to imitate our faith and way of life.

You say you’ve got some failures, sin, and missteps in your walk with Jesus? So does everyone else. Lead by example of contrition, repentance and a renewed commitment to live out the truth that God has revealed to us. He will come for his own and we will be eternally happy because of his great love and merciful redemption. Perhaps our example will embolden others to follow that path of faithfulness as well.