9 The true light, which gives light to everyone, was coming into the world. 10 He was in the world, and the world was made through him, yet the world did not know him. 11 He came to his own, and his own people did not receive him. 12 But to all who did receive him, who believed in his name, he gave the right to become children of God, 13 who were born, not of blood nor of the will of the flesh nor of the will of man, but of God. 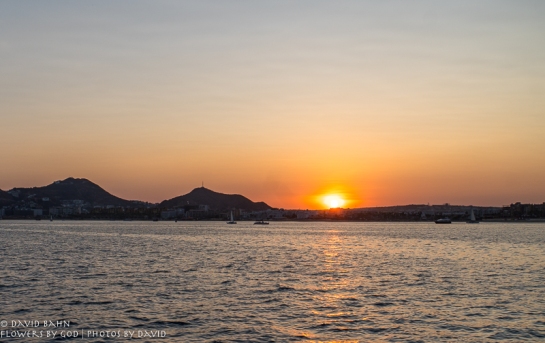 She came and stayed with us for a few days during Hurricane Rita’s unwelcome visit to the area in which we live. Diane’s friend and mine needed a place to stay following a trip to the doctor and a failed attempt to reunite her with her children. The flooded and closed streets had prevented that. So she stayed with us for a while. We were glad to provide a place for her, and after a few days she and her children were able to get back into their house.

We didn’t try to do anything special. We simply lived our lives and let her be with us and us with her. I’m pretty much that kind of guy. I don’t believe I have any airs to put on. I’m just me. Sometimes to a fault. In fact, I wonder whether we should have tried to do more to entertain. But we were, afterall, in the throes of a hurricane. Months later she would tell someone else, “They’re just who they say they are.” No pretence. I’d like to think that’s who I am.

That’s not always good however. There was that incident in Jones Tower. It showed my need for grace and truth.

On this day I would discover the far-reaching implications of its size and complexity. I arrived after 40 minutes of frustration and self-imposed aggravation. I knew I was supposed to go the room 910 in the Jones building. But when I got to the Jones Tower in the Medical Center there was no 9th floor! No one there provided me with any help. They had no patient by the name I was seeking. They offered no alternative to getting to room 910.

I called a colleague who knew his way around that area. When I told him my tale of woe, he said, “You’re in Jones Tower.” “Yes,” I said. “She’s in Jones Pavilion,” he said.

“Get in your car…” He provided the directions that involved a 10-15 minute drive to another garage. He told me the exact entrance to take, how to walk across the catwalk, down the escalator, to the elevator and up to the 9th floor of the Jones Pavilion.

I was frustrated. I didn’t want to be there. I had a very bad attitude. Very. Bad. Attitude. It all melted away as soon as I walked in the door.

“Oh Pastor Bahn! I’m so glad you came. I was praying for you to come visit me. Thank you so much!”

It was the grace of God that allowed me to pray with her that day. It was the truth of God that I needed that grace. Desperately.

Jesus came and dwelt among us, full of grace and truth. No resentment. No frustration because of his own pettiness or misplaced priorities. For that I am thankful, and I try to give that same grace and truth to all whom I encounter.