Herald was a long-time member of the church I served. He had his opinions and I had mine. We didn’t see eye to eye, and in his mind I was destroying the church. One day after worship, he and his son asked to see me. We went to my office and they unloaded on me – this 40 year old dad and his teenage son. I listened for a time until I had to ask, “Herald, I wonder if there is anything I’ve done that pleases you.” His answer still stings. “I believe you have raped and pillaged this church.”

Herald is not his actual name. But those were his actual words. Verbatim. I was so dumb-struck I didn’t know what to say. I did not believe he was right. He certainly was not gracious. From that moment I went into self-preservation mode. I did all that I could to protect my heart from further harm. But it would not be the last time for such a vicious attack.

Tom’s mother was dying. She lay in her bed in a local nursing home, and when I went to see her, he was by her side. We spoke and I prayed. I shared comfort from God’s word. Then something happened which I still do not understand. He suddenly and without warning got angry with me and spoke to me in a most disrespectful manner. I turned on my heels and left the room. I had visited his mom. I had prayed for her. I didn’t need to endure ridicule and disrespect the likes of which he was dishing out.

It was a long hall down which I walked. My shoes squeaked on the newly-waxed tile floor. Florescent lights cast their greenish-blue haze. The long walk gave me time to think. I decided that I needed to turn around and seek to make amends with Tom.

When I got back into the room he was sitting beside his mother’s bed. She slept quietly. The room was dark and he was silent. “I’m sorry, Tom, I lost my temper.” Before I could actually ask for forgiveness (for which he also needed to ask – truly), he was up and out of his chair.

He took me by the elbow and ushered me out into the hall. “Some people just aren’t cut out to be pastors,” he said. He glared into my eyes. Some people, I suppose don’t need to forgive. They have no need for forgiveness themselves – in their own minds.

This is where the chasm of character between Jesus and me is most obvious. Jesus is totally committed to the will of his Father and the good of all people. I want those things, but my commitment all too frequently fails. When Jesus was insulted he did not close his heart. When he was reviled he did not protect himself. When people rejected his message and broke his heart in their evil actions toward others, or their self-righteous belief that they were right and Jesus was wrong, he embraced the pain. He took the sin of the world into his being and it killed him. But by his death, he destroyed the works of the devil.

Jesus destroyed Satan’s works in the strangest and most inexplicable ways. Jesus appeared to be totally out of control, but was actually in complete control over all that was happening. He was betrayed by one of his disciples and abandoned by the rest. Even one of the closest three disciples denied that he knew Jesus.

Jesus knew all these things were to happen. He had predicted it, saying planely to his disciples:

“See, we are going up to Jerusalem, and the Son of Man will be delivered over to the chief priests and the scribes, and they will condemn him to death and deliver him over to the Gentiles. And they will mock him and spit on him, and flog him and kill him. And after three days he will rise.” – Mark 10:33-34

Jesus willingly suffered for the sins of the world. He redeemed us by his bitter suffering and sacrificial death. He is the Savior. I am not.

Paul speaks of it this way:

Indeed, I count everything as loss because of the surpassing worth of knowing Christ Jesus my Lord. For his sake I have suffered the loss of all things and count them as rubbish, in order that I may gain Christ and be found in him, not having a righteousness of my own that comes from the law, but that which comes through faith in Christ, the righteousness from God that depends on faith— that I may know him and the power of his resurrection, and may share his sufferings, becoming like him in his death, that by any means possible I may attain the resurrection from the dead. – Philippians 3:8-11

I’m not certain how I would have handled those situations differently today than I did those many years ago. I do know, however, that whenever I or any believer suffers unjustly we have a sweet and intimate fellowship with Jesus. Perhaps this is how we learn to lament. 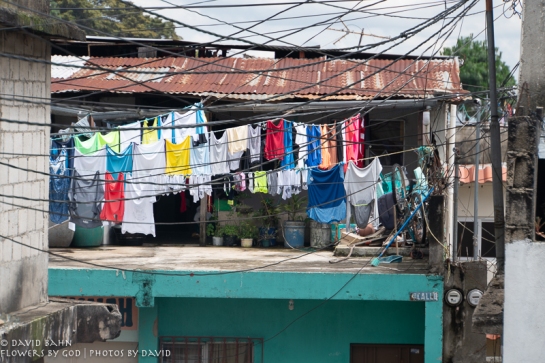