Some time later Paul said to Barnabas, “Let us go back and visit the believers in all the towns where we preached the word of the Lord and see how they are doing.” 37 Barnabas wanted to take John, also called Mark, with them, 38 but Paul did not think it wise to take him, because he had deserted them in Pamphylia and had not continued with them in the work. 39 They had such a sharp disagreement that they parted company. Barnabas took Mark and sailed for Cyprus, 40 but Paul chose Silas and left, commended by the believers to the grace of the Lord. 41 He went through Syria and Cilicia, strengthening the churches. – Acts 15:36-41 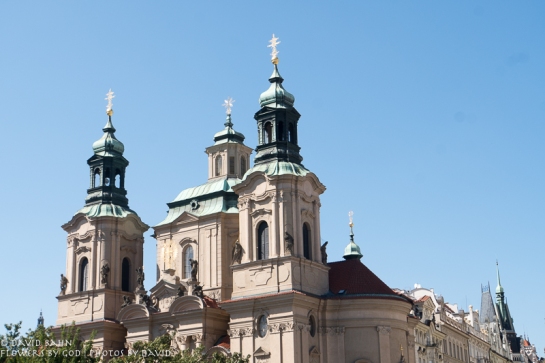 Let’s remember who these two are: Paul was blinded on the road to Damascus and brought low so that he would learn “how much he must suffer for the sake of my name” (Acts 9:15). Barnabas was the one who introduced Paul to the Apostles, vouched for him, and – original son of encouragement that he was (that’s what his name actually means) – provided support for God’s continuing work in and through Paul. These two were like Laurel and Hardy, Ben and Jerry, or, well…Paul and Barnabas!

If ever there is evidence of the fact that honorable men can disagree on certain matters and not ruin the fellowship of the redeemed. It is noteworthy that at the end of Acts Paul and Barnabas are reconciled, and united in friendship as well as faith. But anyone who has been around the church for any number of years will testify that not all people agree with each other all the time. There are always inevitable conflicts and challenges when sinners relate to one another – inside the church or out.

Bonhoeffer wrote a book, Life Together, in which he offered the premise that the only way two people can relate honestly with each other is through the cross of Jesus. I need forgiveness, and I must look at you as one who has been forgiven through Jesus cross. That’s how we relate within the body of Christ.

Mission means that we who belong to Jesus look at everyone through the cross of Jesus – whether it is reciprocated or not. And when it is no longer possible to be at peace with a brother or sister in Christ we do our part and commend the other person to the grace of God (cf. Romans 12:18).

I was at a meeting sometime ago where there was discussion about coordinating mission efforts in an attempt to keep things tidy (and under “proper control”). Not to coordinate our efforts, it was said, would result in chaos. On the other hand to get so caught up in coordination of efforts that we put ourselves into gridlock is not a better alternative. I said to the group, “When it comes to mission work, I prefer chaos to gridlock.”

Mission work is messy. Thank God Jesus was willing to get completely messy for the sake of his mission to save the world from their sins. Thank God for those mission partners who are difficult to work with, and who run too fast, or seem to want always to slow us down. We need them all…messy as that may be!