As soon as Jesus heard the news, he left in a boat to a remote area to be alone. But the crowds heard where he was headed and followed on foot from many towns. 14 Jesus saw the huge crowd as he stepped from the boat, and he had compassion on them and healed their sick.

15 That evening the disciples came to him and said, “This is a remote place, and it’s already getting late. Send the crowds away so they can go to the villages and buy food for themselves.”

16 But Jesus said, “That isn’t necessary—you feed them.”

17 “But we have only five loaves of bread and two fish!” they answered.

18 “Bring them here,” he said. 19 Then he told the people to sit down on the grass. Jesus took the five loaves and two fish, looked up toward heaven, and blessed them. Then, breaking the loaves into pieces, he gave the bread to the disciples, who distributed it to the people. 20 They all ate as much as they wanted, and afterward, the disciples picked up twelve baskets of leftovers. 21 About 5,000 men were fed that day, in addition to all the women and children! – Matthew 14:13-21 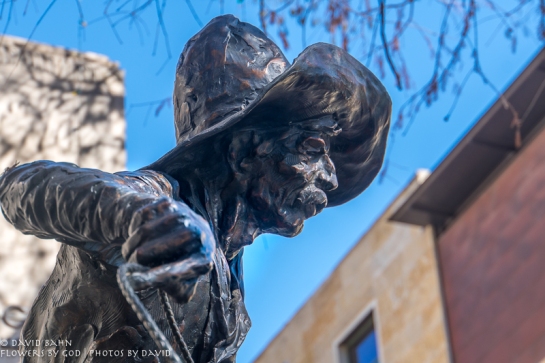 It was a gruesome scene. The Jeep had rolled six or seven times. Shoes, clothing, and bodies littered the highway. We stopped to see if we could help. One young lady lay on the pavement in near delirium. She had been thrown from the vehicle. And as we approached the people gathered there, I asked, “May I help?”

I knelt beside her. Two others who were along for the trip were by my side. Someone was clearing her mouth of the remnants of teeth that had been knocked out. I took her hand an prayed. It was all I could to.

Soon the life flight helicopter arrived and she was taken away. We learned that she died later that week. I can only hope that the prayer I offered pointed her sufficiently to Jesus. I couldn’t do much, but I gave what I had. I pray it was enough.

We may think that what we have is too little. We may imagine we need extraordinary resources to have an impact. But God calls us simply to give what we have. Rather than apologizing for what we don’t have, we need simply to give what we’ve got. This is the message of the Bible: “the gift is acceptable according to what one has, not according to what one does not have'” (2 Corinthians 8:12).

God uses what we have not what we don’t have. He takes a few fish and loaves and feeds a multitude. He uses ordinary people to further his extraordinary work. When we give what we have, people are blessed and God gets the glory. When we hang back we lose the opportunity to be part of God’s work and people are bereft of our blessing.